9 Things You Will See on Almost Every College Campus 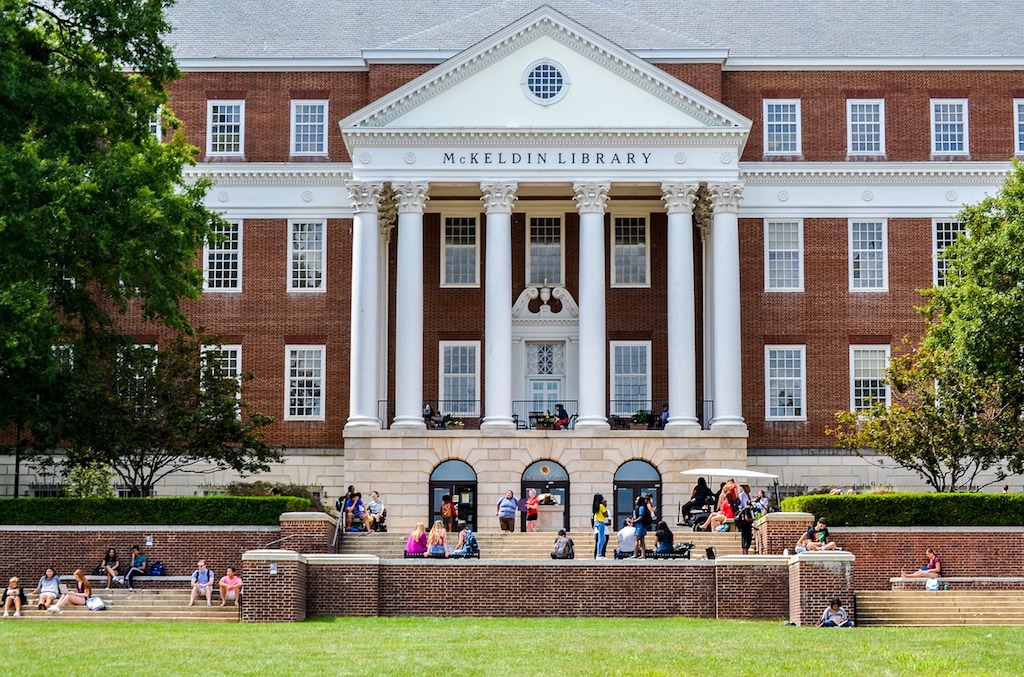 The great thing about starting college is the feeling that your real life is about to start. You’re on your way towards independence, and you know you’ll have more freedom when it comes to choosing what you want to do. Living on campus is usually awesome. And since many likeminded young individuals are all present in a relatively small space, unique things start happening. Things that can only happen on and around campus. That’s why the things you see on campus can rarely – if ever – be seen anywhere else.

You’re never really alone when you’re living on campus. You’ll be surrounded by people practically 100% of the time. You’ll have a roommate, and hundreds, if not thousands of other students all living a life similar to yours. Whether you’re inside or outside, there will always be another person close to you. It doesn’t mean it’s claustrophobic, though. Personal space might be a bit rarer, but you’ll make lots of friends, and have plenty of adventures along the way.

Let’s face it, being a student is almost always tough. Long hours, heavy books with tiny fonts, extracurricular activities, and lots and lots of studying. Practically every person is bound to have dark circles under their eyes, and caffeine consumption will be at an all-time high. You might even see people sleeping randomly in the library, or maybe even on benches. Students often have to sacrifice sleep in order to make their deadlines, and exhaustion is the price they pay.

Everywhere you turn you’ll see Greek letters. Every fraternity and sorority will want to have their presence announced, and they’ll want everybody else to know who they are, all of the time. If you’re part of a fraternity or a sorority, then you probably have some sort of uniform, or at least previously agreed upon styles. You’ll often see custom made clothes, like cool shirts with sorority letters, funny sayings and more. To see some examples, check out the ones here from Greek U. Having the proper clothes that complement who you are is a great to personally express yourself, which is why you’ll often see people dressed in tandem.

Unsurprisingly, everywhere you look on campus you see books. You’ll probably see more books than people, and when those finals come closer, you’ll most likely be spending more time with books than with everything else. Good thing you can catch a break every now and then, because books don’t make for good conversationalists.

It’s safe to say that few students have good diets when they live on campus. You might see someone having only coffee for breakfast, then some barely edible chicken from the food court for lunch, and for dinner cereal. Between not having time and good food being expensive, it’s no surprise that many students eat so strange meals. And this happens so often it becomes simply part of campus culture, so don’t make a surprised face when someone offers you cereal at midnight.

A lot of beer in the fridge

It’s commonly known that students like to unwind after long days of arduous studying. What makes that process so unique, is that they often have alcohol on hand. College parties are a completely different thing. Having a cold one with college buddies in the after-hours is one of the best feelings that college can offer you. Few things come even close.

Don’t fret. You’ll have plenty of chances to be demotivated when you’re in college. The professor might hate you (or so you’d say), the textbooks will be enormous, the hours incredibly long, but you’ll always have an extra spark of motivation everywhere you turn. From “Keep Calm And” posters, to regular motivational ones, there’s no shortage of positive thinking coming from pictures. All you have to do is heed to their words, and everything will probably be better.

Nothing can crush your spirit the way college can. After a while, you can count the days on one hand when you haven’t seen a person crying. And it’s always on random places. The hallways, the library, bus, cafes, everywhere you turn. It’s a constant reminder that college is brutal, especially to those that close to heart. Failure is an invariable part of college, and student should never forget that.

There’s always someone that prefers partying to studying. And they’re always with a beer in their hand, and their spirit seems un-crushingly high. They might be annoying, or they might be really friendly, but one thing is certain. They’re always down to party.

For many, life on campus is one of the greatest things that’s ever happened to them. That sentiment exists for a reason, and that is reason is that college is amazing. It can be soul-crushingly difficult, true, but when you allow the college spirit in, you’re bound to have a fantastic experience that can barely be topped by anything else.